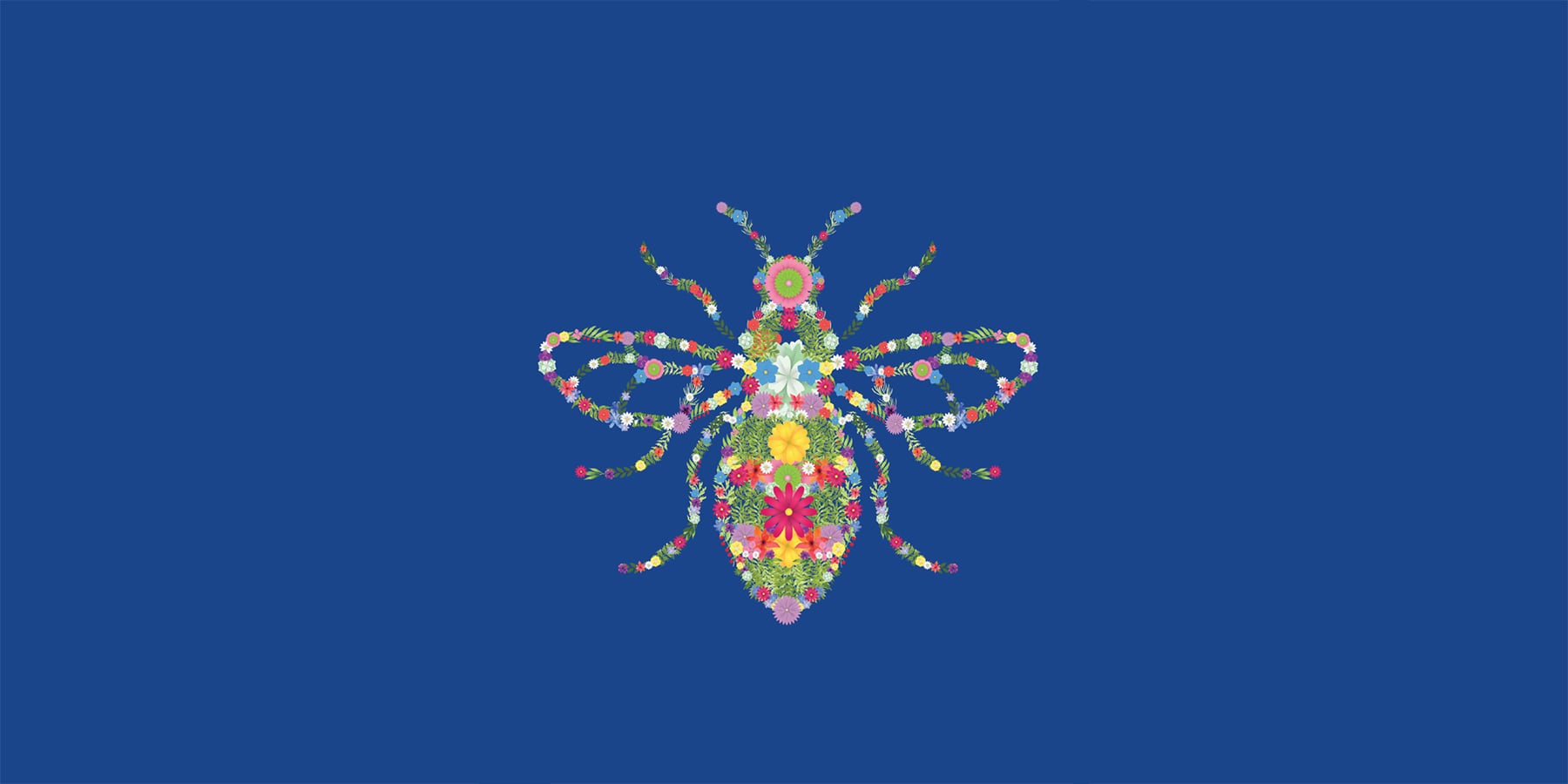 St Ann's Church in Manchester, England was consecrated in 1712. Although named after St Anne, it also pays tribute to the patron of the church, Ann, Lady Bland. The church became a focal point for those affected by the terrorist attack at an Ariana Grande concert in the city in 2017. 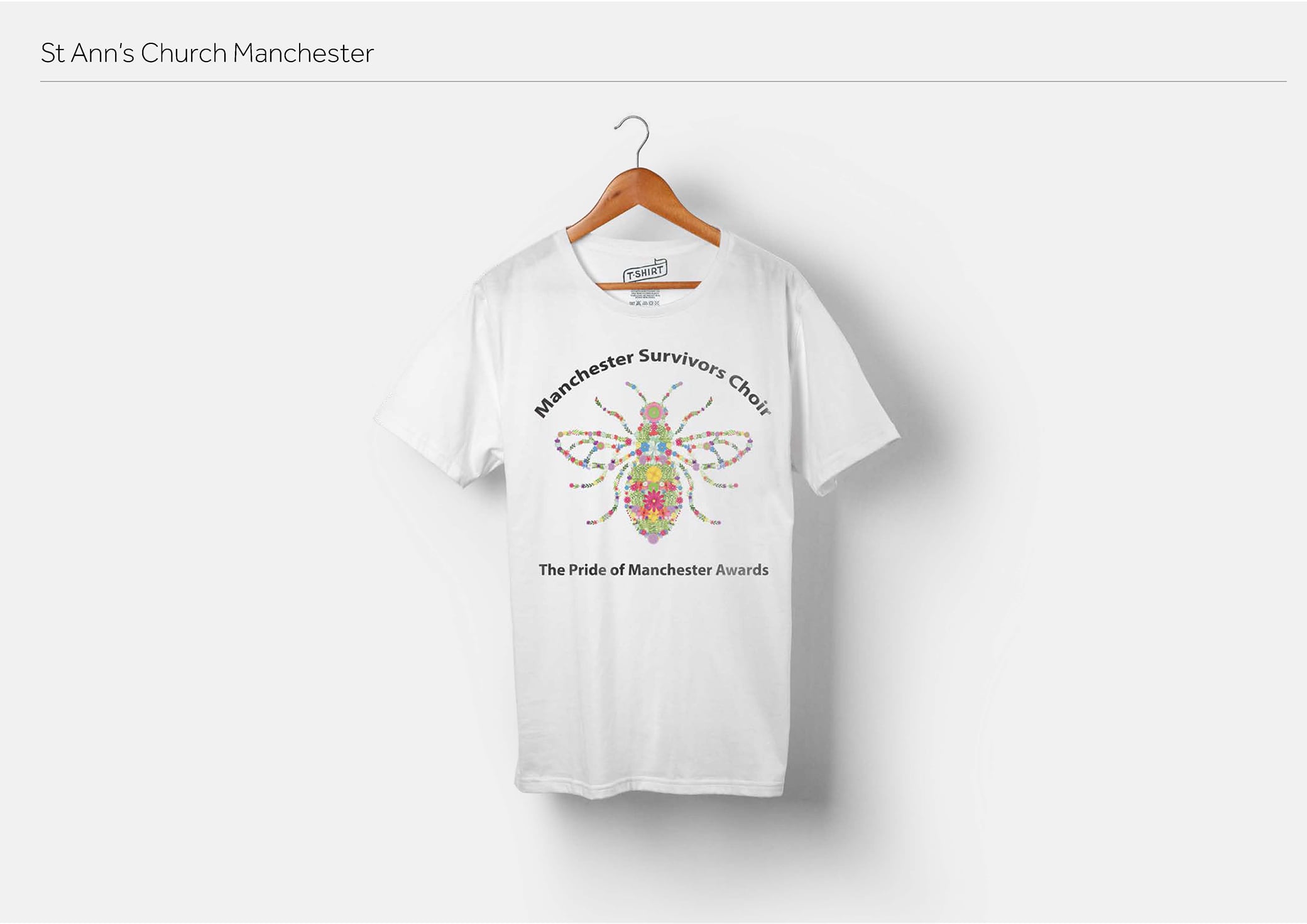 In May 2017, 23 people died and 139 were wounded by a terrorist attack at an Ariana Grande concert in Manchester. The community came together that evening to provide shelter, medical assistance and support. Soon after, the Bee emerged as a symbol of solidarity and strength. The Worker Bee has been a symbol of the city since the Industrial Revolution. Traditionally, representing the city’s energy and sense of community. As a Manchester born and bred agency, we wanted to find a way to show support with those affected by the attack, which took place less than a mile from our office. 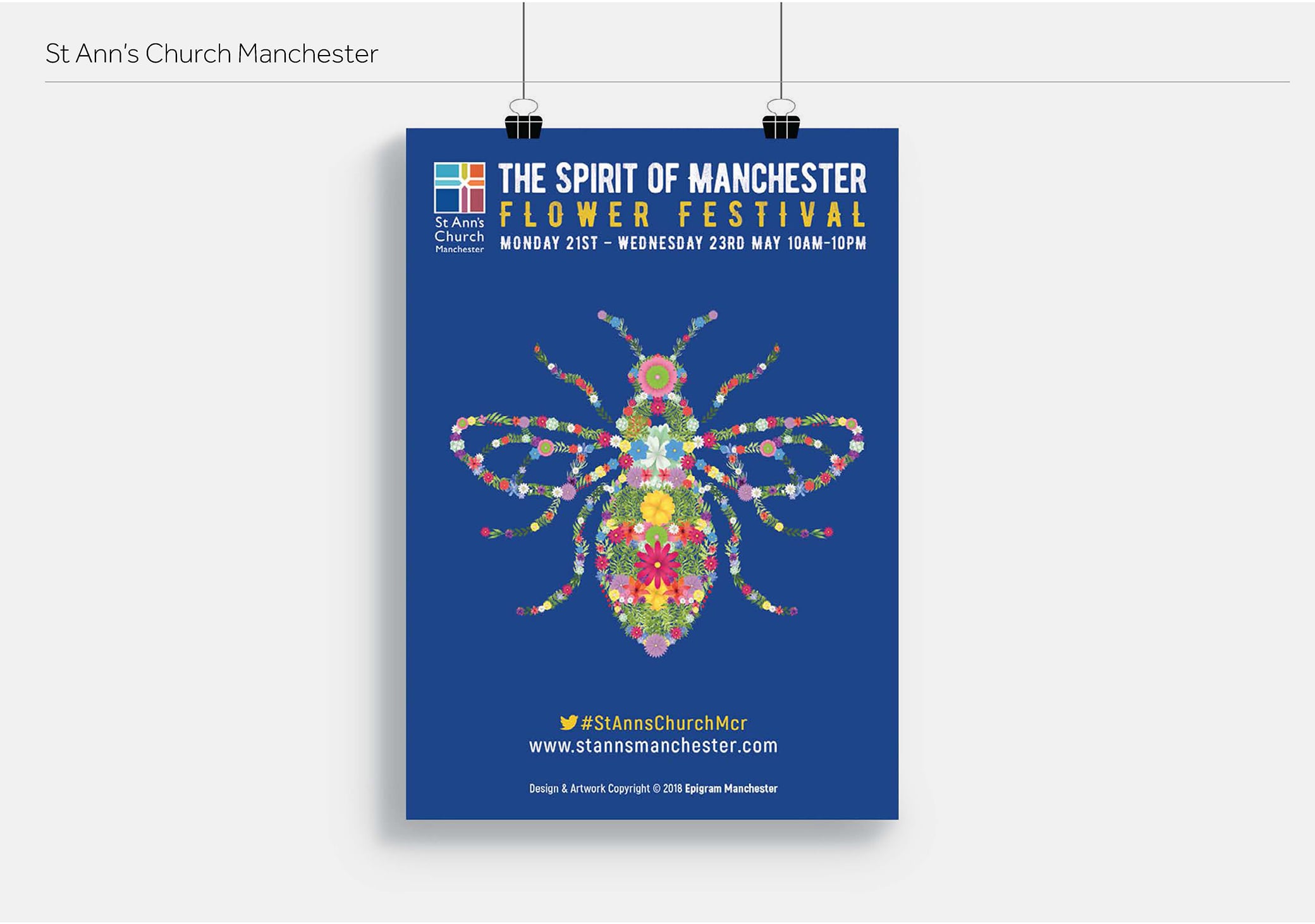 The “flower bee” was created by one of our talented designers on behalf of St Ann’s Church, Manchester.

The flower bee came to the attention of a member of the Manchester Survivors Choir, when she received a card featuring the design. She requested permission to use the design on bespoke t-shirts which the choir then wore for their appearance at The Pride of Manchester Awards, broadcast on national television. The design still features on cards available from St Ann’s.